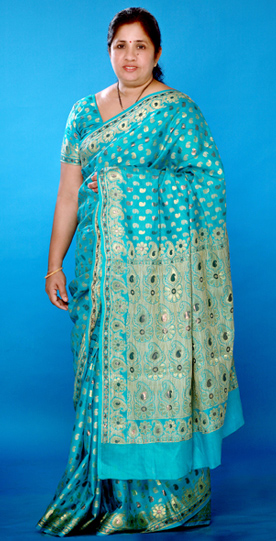 Smt. Janet D’Souza President of Mumbai Mahila Regional Congress Committee & Member of AICC is daughter of Smt. Celine D’silva who was Ex Minister of State in Government of Maharashtra in the year 1985 and M L C till 1998. Coming from a Political Family she completed her Education in Mumbai. After completing B.Com decided to join B.Ed and on completion worked as teacher in Little Flower English School founded by her mother Smt. Celine D’silva and currently she is the Principal of the same School. Married to Mr. Lawrence (Ronny) D’souza, Vice President of Bombay Catholic Sabha & National Secretary of All India Catholic Union. Daughter Dr. Vinita D’Souza, B.D.S and now pursuing M. D. S at Mangalore and Son Ryan a final year Engineering Student at Institute of Chemical Technology ( U D C T) Mumbai.

After the demise of Smt Celine D’silva in December 2000 there was a void felt by the congress workers of the constituency and they approached Janet to join active politics and beginning of a new chapter in her life. In the year 2001 started on grass root level Vice President, Block 76. In the year 2003, then MRCC President, Shri Gurudas Kamat MP & Ex Union Minister, appointed her as Joint Secretary of the prestigious Mumbai Regional Congress Committee. In the year 2005 promoted as General Secretary of the M R C C and in 2006 handpicked by Smt. Sonia Gandhi as the President of Mumbai Mahila Congress. Nominated to Education Committee member of BMC in same year. In 2008 she was appointed as Director of Maulana Azad Minorities Development Financial Corporation (Govt. of Maharashra). She is the first Christian to be given representation on the Board as a result many beneficiaries from the Christian Community have secured Financial Assistance for Education as well as for small scale Business.

In the year 2009 was given nomination to contest the Assembly Election from Ghatkopar (W), Lost the Election due to caste polarization. Lately appointed as Central Observer for 18 Assembly segments of Karnataka in Bangalore North and Bangalore Central Parliamentary Constituencies. Also renominated as Education Committee Member of the BMC on 9th March 2012.

Worked closely with Her Excellency Smt. Margeret Alva who is her role model and Mentor. Also worked with Smt. Rita Bahuguna Joshi, Dr. Girija Vyas and many leaders of the AICC. 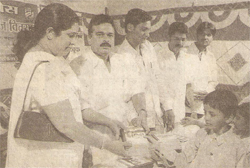